Foucault, Derrida, and Deleuze are seen by many as being the foremost intellectuals of France in the 1960s and 70s. Certainly, one might argue that their work has been highly influential in terms of the following and reception that it has incurred all over the world. This chapter will argue that the philosophies of Foucault, Derrida and Deleuze can be progressively inter-linked and expanded into a new science. This new science that acts as a title for this chapter, and covers the post-qualitative, new materialist and posthuman approaches of this book. Whilst it is recognised that all approaches and theorists working in this field can present significant differences, it has been decided to clarify these variations in terms of discourse analysis (Foucault), deconstruction (Derrida), and the new science (Deleuze) for this chapter. Discourse analysis, deconstruction and the new science will be applied as paradigms to educational theory, practice and research, to provide the user with a clear guide that shows how to function in this significant intellectual spectrum. 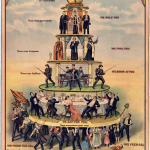